As an apartment owner, it is of utmost importance for you to keep updated with any changes made to the existing Strata law. The legislature in New South Wales has been considering Strata law reforms for quite a while, which are about to materialise in Strata Schemes Development Bill 2015 and Strata Schemes Management Bill 2015. The Strata Title laws in the state that go back 50 years needed reform due to various factors. These include the growing housing trends, apart from consumer protection and affordability concerns, which are largely true for other parts of Australia as well. The legislature in Western Australia is also incorporating some amendments to its Strata Title Act of 1985.

Recently, the enforcement of the legislation has been reported to be delayed until July 2016. Nevertheless, this should not stop apartment owners from preparing for what these amendments could have in store for them, and to voice their feedback in time.

There are quite a few changes that are most likely to occur when the reform law is put into effect.

Greater Tenant Representation
One of the foremost things to look forward to is far better tenant participation in the decision making around the property by being able to send an elected member to the corporation’s meetings. However, the tenants would not have the voting right unless authorised. Furthermore, modern communication methods, such as email, electronic records, and virtual conferencing, are being introduced to ensure improved participation in strata schemes.

By-Law Changes
Some of the by-law changes expected in the bills would improve the living experience of the occupying owners, such as loosening the restrictions on keeping pets and to require corporations to address issues such as noise. While there are several concessions in the reform bills for the owner corporations, there are also provisions for greater penalties for non-compliance, as well as action against overcrowding and abusing visitor parking space.

Occupier Protection in Sale and Renewal Contracts
The new proposed reforms are more likely to protect elderly and other vulnerable owners in terms of occupation, as strata sale and renewal agreements would require owners to wind jointly up the strata scheme. In addition to the requirement of no less than 75% of owner support within 12 months, the renewal plans would be referred to the NSW Land and Environment Court.

Improved Building Condition and Maintenance
The new provisions in the legislation about Strata Title and Management would make it much easier to point out early defects in the building. These measures include the requirement of submission of building inspection reports from independent experts and lodging bonds for high-rise apartments for two years.

Dispute Resolution
A critical area of reform in the Strata Act is going to be dispute resolution. The reform legislation is expected to vest more power in Civil and Administration Tribunal for the purpose. The tribunal would be able to enforce several restrictions over corporation committees. Restrictions include the removal of members, forcing elections and votes on certain issues, reducing committee powers on certain matters, and heavier fines for non-compliance.

Overall, the proposed reforms are going to mean much greater accountability for developers and corporations. The reforms are also likely to offer better protection of ownership and occupation, as well as far greater control over the living conditions by the tenants. Make sure that you follow every little detail to know how the new legislation will affect your strata management. Contact your Strata Manager to learn more. 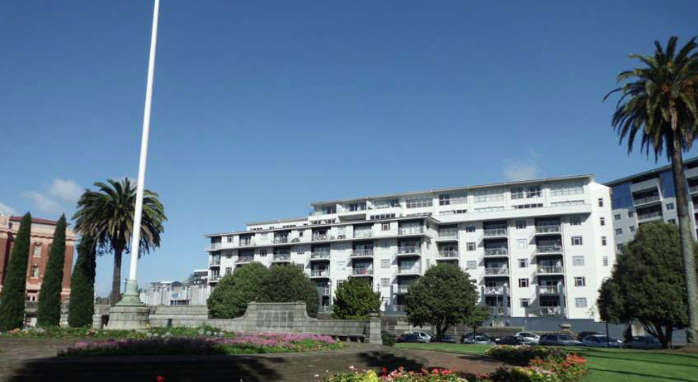 Let Down By Her Community

It's heartbreaking when the elderly cannot rely on their community for help.When we enter life on this planet, we don't have a choice but to trust our parents or guardians to protect us, keep us alive. Likewise, when we reach an advanced stage of life. We become just as fragile and need to be able to trust the community we have invested in for support and to keep us safe.

Ohs Policy Revision On-Managing The Risk Of Falls At Workplaces